No More Burst or Leaking Pipes

Worried about a burst or leaking pipe?

Sometimes you may hear some water noise, or you receive a nasty surprise of a huge water bill! The best thing to do is give us a call right away.

We’ll detect and fix it fast!

We have invested in the latest specialist equipment to quickly locate any leak, no matter how big or small. Once detected, we’ll expose the problem area to see the true condition and then honestly advise you on the best long term solution. 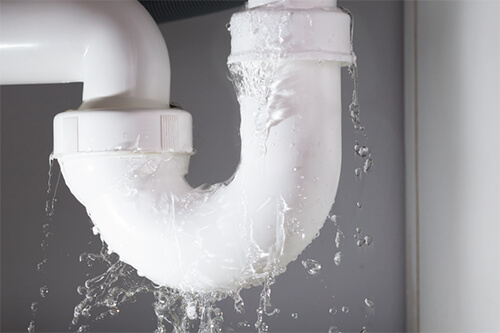 You can relax knowing that all work done is done by a fully licensed plumber.

We guarantee that our work will last – We don’t run by the clock, we run by happy customers!

We ascertain and address the cause of the leak or burst pipe to ensure your peace of mind.

We believe in giving back to our local community. We look after our dear older ones!

…we check their condition to avoid a repeat!

Have you just received an huge water bill? Or can you hear a running water noise and you don’t know where it’s coming from? Or perhaps there’s a damp or wet patch causing you some worry.

Burst or leaking pipes are sometimes obvious, but often they go unnoticed until you receive a nasty surprise. Burst and leaking pipes often cause stress and worry, but all you have to do is call us. We’ll help you stop the water over the phone and then we’ll come out as quickly as possible to fix your burst pipes.

Here's what our customers have to say!

Our 33 customer reviews have an average rating of 5 out of 5 stars!

Leaking and burst pipes are caused by a number of different factors outlined below. It’s important that the water is isolated as quickly as possible to minimise potential water damage and water wastage.

Once we are onsite, we’ll investigate to find out where the leak or burst is located and then we’ll fix it. We also conduct a free check on the condition of all your plumbing. Should there be any issues, we’ll provide honest recommendations to minimise the chances of a repeat episode.

As plastic pipes get older, they often become more brittle. Copper pipes often corrode or erode from the inside. Water quality is a big factor in determining a pipe’s lifetime. Corrosion and brittleness cause pipes to become susceptible to bursting and leaking.

Our free condition check on all your plumbing will determine the condition of your pipes so you can make informed decisions so as to avoid future episodes! 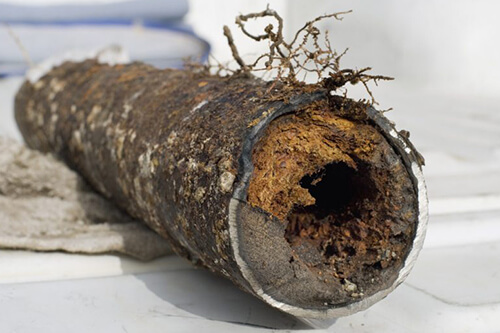 Some pipes, whilst they comply with the minimum standard, are not of the quality that we’d use in our own homes. These pipes have a much shorter lifetime and are thus more susceptible to leaking or bursting.

We treat your home as if it was ours – so we only use quality materials! Because we pride ourselves on a 100% satisfaction rate, we take the time to ensure quality and durable workmanship on all our jobs, so you can rest assured that when we fix something, it’s fixed properly! 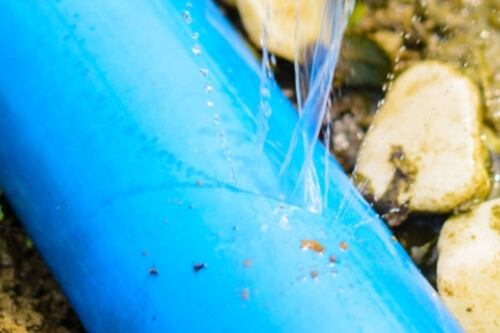 Hard water causes higher levels of corrosion in pipes, reducing their lifespan. At times, the local environment, such as houses close to the ocean or soil  with a high content of sulfates or acidic organic matter causes corrosion, eventually leading to leaking pipes!

When we fix or replace leaking pipes, we investigate to ascertain the main cause of the pipe damage. For example, copper piping originally laid near a swimming pool may suffer fast corrosion due to chlorides. We’ll honestly provide recommendations to avoid such issues in the future, such as relocating the pipe. 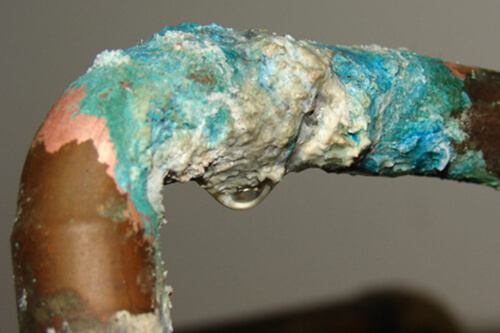 At times, pipes aren’t installed correctly. For example, if a copper pipe is touching a steel surface, electrolysis occurs which causes corrosion and ultimately a leak or a burst! Some plastic pipes are not UV rated and should not be installed in areas exposed to sunlight. Exposure to sunlight causes them to become brittle and crack over time.

When we check the condition of your plumbing, we honestly advise you when we observe installations that increase the risk of leaks. We pride ourselves on professional workmanship and correct installations to ensure the longevity of your pipework. 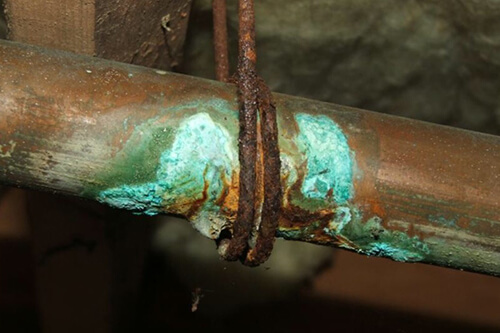 You can relax knowing that all work done is done by a fully licensed plumber!

We guarantee that our work will last - We don't run by the clock, we run by happy customers!

We listen carefully to your needs and give an honest appraisal for the best solution.

When you make a booking, we'll be there - on time every time!

We believe in giving back to our local community. We look after our dear older ones!

We can also help you with these plumbing services:

Clean water for the house.

Get your blocked or broken drains fixed today!

Give us a call or make a booking online and you’ll be flowing freely in no time!